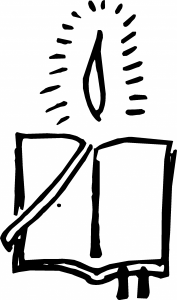 Reasons for this particular study:

To boast about my Savior

Gal 6:14 But God forbid that I should glory, save in the cross of our Lord Jesus Christ, by whom the world is crucified unto me, and I unto the world.

To show His divine nature

Even though Jesus knew the end from the beginning, he was not puffed up or full of Himself, but was an humble servant. Phil 2:6 Who, being in the form of God, thought it not robbery to be equal with God: Phl 2:7 But made himself of no reputation, and took upon him the form of a servant, and was made in the likeness of men: Phl 2:8 And being found in fashion as a man, he humbled himself, and became obedient unto death, even the death of the cross. He indeed is the Christ, the Son of the living God.

Anything proceeding from His mouth deserves study and adherence. He loves us and died for us. How could we do anything but love Him and wish as Paul to know Him and the power of His resurrection.

Phl 3:10 says, “That I may know him, and the power of his resurrection, and the fellowship of his sufferings”. Know in the Greek is ginosko {ghin-oce’-ko} An intimate knowledge, a relationship.

This study on fulfilled prophecies of Jesus is dedicated to our twin boys, Josiah and Elijah.  It is Sherri’s prayer and my prayer that our boys learn to love the Lord and come to a saving knowledge of Him at an early age.  We are so blessed of the Lord to have been given such wonderfully healthy, smart, and sweet little boys.  It is also our prayer that like their namesakes, these two boys will effect others for the cause of Jesus Christ.